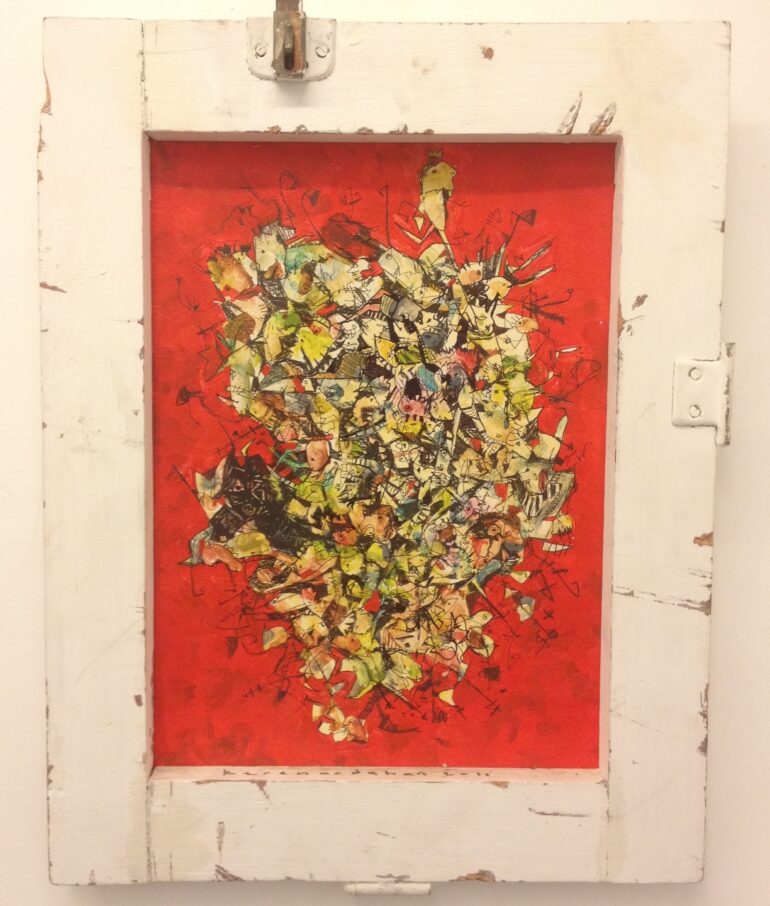 [su_heading size=”19″ align=”left” margin=”0″]Hush Gallery presents Kerem Ardahan’s first solo exhibition named “Collective Madness” from April 18th to June 13th 2015. The artist Ardahan discusses society & individual relations with a primitive approach over standardizing values dictated by “power” and its tools in his recent studies. In this context, you can visit the exhibition questioning destructive effect of collective madness on human life at Hush, located in Yeldeğirmeni everyday (except Sunday and Monday) from 11:00 to 18:00. [/su_heading]

In his work we can feel the dilemma of the need of individual decisions to act within de facto forms of being “normal” in daily life and also to create “free space” for ourselves.. In the exhibition, we witness the loss inner voices of those being forced to make a selection among multiple-choice freedom states standardized by the System.

Saying “Never let everyday be the same as the previous one”, the artist points out collective structure keeping lives assigned from dreams, to social activities under control with all of its aspects. As a result of this destructive structure, he fictionalizes “standardization” and “identity loss” on the basis of his own experiences that he has carried from his childhood up to this moment.

In parallel to the child mind, Ardahan groups toys he collected from different locations and labels them by putting toys into jars and numbering them as a projection of this primitive instinct. In his other work, he macro photographs the toys inside these jars and while he is giving identity to some individuals within the “large mass”, he, indeed, simultaneously emphasizes loosing their identities with plastic collar name tags where the photos are placed. The paintings are torn but kept whole within the frame, he sometimes works on materials he finds on the street and sometimes on canvas and paper by combining them randomly or consciously. In the “Collective Madness” exhibition, in addition to painting which is the main discipline of the artist, we can see photographs and his installations.

The artist, preferring individual madness to collective madness, invites us to look at the case we are in from outside and go insane as much as possible by drawing attention to the System’s roles and tools.