Kletka Red was a multinational band that was founded by talented performers and guitarists, Leonid Soybelman (Ne Zhdali). Andy Moor (The Ex, formerly of Dog Faced Hermans) on guitar, Tony Buck (The Necks, formerly of Peril and originally from Australia, etc.) on drums, and then Joe Williamson on bass were also members of Kletka Red. They played a unique combination of a swift fractured blend of loud piercing punk rock improvisational noise with many different types of East European traditional music (such as Klezmer, Rembetika, Russian folk music, and so on), with a dash of discordant avant-garde tastes added on top. They performed covers of traditional Jewish music that are both incredibly vibrant and energizing to listen to.

Hybrid was the follow-up to the Highjackdebut CD that was released on John Zorn’s Tzadik label a few years earlier. It was released by Kletka Red in the year 2000. Despite the complicated nature of the interplay that is taking place, the playing on this recording is very live and full of energy, giving the impression that it was performed on the spur of the moment.

The way that Soybelman and Moor’s guitars interact is very astounding, as it frequently results in explosive passages and synchronization that sounds almost psychic. Buck reveals an entirely different aspect of his playing than he typically does with The Necks, demonstrating how varied of a player he is, and Williamson naturally mixes in with him in this performance. The majority of the songs are performed in Leonid Soybelman’s signature attractive Russian Yiddish, as well as his own devised vocals and phrases, which frequently give a sense of humor and authenticity.

There is a wonderful mix between the strong rocking bracing passages and the more peaceful poetic “acoustic” songs (primarily the rembetica inspired ones), giving the album depth and variety. This balance is what gives the album its depth and variety. It is a puzzle as to why this important piece of music was never heard by the people who may have appreciated it. This record was produced with a great deal of attention to detail and labor (nice sleeve art and digipack).

Alas, over the past few years, Leonid Soybelman has given up music entirely and has no intention of starting back up again. Here is a video clip that was created from footage shot during the band’s most recent tour. Specifically in Venice. Included on this release are two tracks from the Hybrid album: “Pardon Grand Merci” and “How I Forget.” 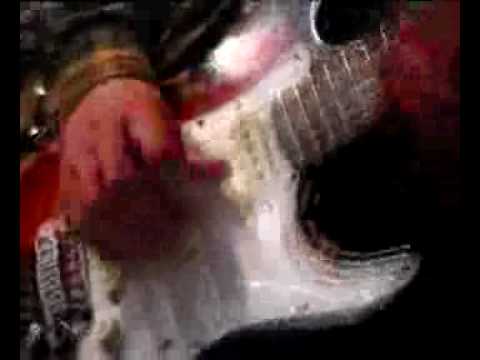 There was a point when I would play their albums on repeat every single day, then lost it in a pretty inartistically way. ✪