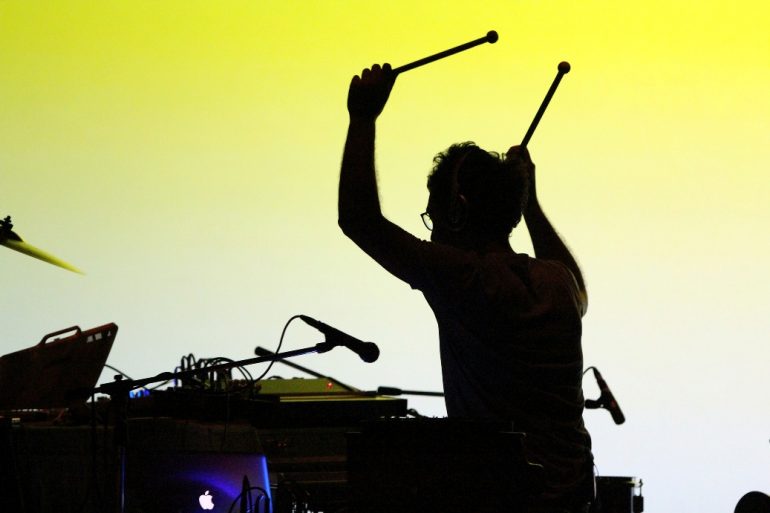 Manos Milonakis is a composer and an architect. He was born and raised in Thessaloniki, where he studied classical piano, music theory and harmony. During his studies in Architecture, at School of Engineering of Aristotle University of Thessaloniki (Msc in Architecture), he combined his main fields of interest presenting his dissertation essay entitled Soundscapes (2008), researching on “sonic” architecture -as opposed to acoustic design- and the role of subjectivism in the perception of architectural space.

In 2006, he started together with George Papadopoulos the multi-instrumental musical duet of “Your Hand in Mine” (cinematic/folk), which has been the musical project that actually got him into composing for the moving image. As member of the duet of “Your Hand in Mine”, Manos Milonakis was given the chance to tour and perform in numerous cities of Greece and Europe, to get deeper into composition, music production, engineering and street music, as well as to study and collect a large variety of instruments: wurlitzer piano, accordion, electric bass, guitars, percussion, stroh-violin, ukulele, glockenspiel, melodica, toy piano, music boxes, to name a few…He has released 3 albums with this band, among of which, an original score for the full length mute film “Every Night Dreams” (1933) of Mikio Naruse, through comission by the 48th Thessaloniki International Film Festival.

In the summer of 2014, and after Y.H.I.M.’s breakup, Manos Milonakis continues as a solo artist, travels to Iceland for inspiration and records his “Solfar EP”, in Reykjavik, with a local string quartet.

In the meantime he composes music for documentaries, online videos and other projects (Drink and be Merry, Urban Lightscapes, A Neighborhood at the limit) while giving concerts at selected places and occasions (Pic Nic Urban Festival 2014, Sofar Sounds 2015, Dimitria Festival 2015, Music On Open Stage Festival 2016).

Already at his second solo release after “Your Hand in Mine”, Manos Milonakis travels to Iceland to collaborate with local musicians and record the story of “Sólfar” (=the sun voyager). With the sun being his only guide, “Sólfar” crossed mountains, endless wild forests, jungles and waterfalls only to reach the coast, construct a boat and sail towards the homeland (he believed) he had. A naive, yet passionate, quest for intimacy in unexplored places. How far can instict lead you? A story narrated by piano, a string quartet, drums and subtle electronics.