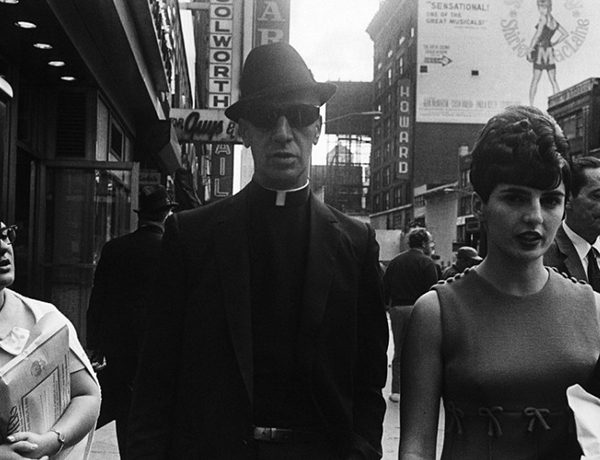 Tomorrow The Rain Will Fall Upwards

“Do not be angry with the rain; it simply does not know how to fall upwards.” It seems likely that Tomorrow The Rain Will Fall Upwards chose their name with this quote, attributed to Vladimir Nabokov.

Who or what is Tomorrow The Rain Will Fall Upwards? A he, a she, a they, an it? Someone, no one, anyone, everyone…Blackest Ever Black’s most cloistered and curiously monikered project, which first broke cover in 2014 with a 10” offering of two “elegies in dub”, returns with Wreck His Days: a long-player of unexpected scale, complexity and political passion.

It doesn’t feel like a band per se, but it feels collaborative. Certain vocal and instrumental parts are credited to named personnel, among them Conrad Standish, Jonnine Standish (HTRK), Genevieve McGuckin (These Immortal Souls) and Lucas Santanna; the ghosts of Les Baxter, Rowland S. Howard, Nina Simone and Daevid Allen seem to be present in the album’s make-up too. Structurally, if not musically, it echoes the grand collective statements of This Mortal Coil or Massive Attack. And yet the absolute coherence of the album, its thematic unity, suggests the work of an auteur – an individual with a precise and totalising vision. Maybe, maybe not. If this album originates in one person’s imagination, they evidently prefer to remain hidden – possibly in plain view.

Tomorrow The Rain Will Fall Upwards – …And I Tried So Hard: [audiotube id=”vO04u2-CdOk” size=”medium”]

While Wreck His Days‘ authorship is ambiguous, its content is not. It’s an overtly politicised album, with a frank endorsement of socialist values, a dedication to women who have fought oppression throughout history, references to the Spanish Civil War and the UK Miners’ Strike, and an overarching belief in the international ideal: in fact the closing ‘Rosa / Kollontai’ explicitly invokes the Internationale. Written and recorded over the course of 2014-15, Wreck His Days warns that the struggle for a world which embraces difference and upholds equality has not been won – and is far from over. Its prescience hardly needs emphasising. The current state of the (once) United Kingdom casts a long shadow over the music – rendering its bold colours more muted and autumnal.

Stylistically, it roams far and wide, with dub as its glue. Side One takes in the near-Balearic title track, with its shore-lapping piano chords and vocal loops; the pantherish, Audrey Horne-worthy death-jazz of ‘Ghost From The Coast’; and ‘Reverberasia’, a hulking, bass-heavy soundsystem weapon built, improbably, out of repurposed exotica samples. Side Two opens with the swelling astral psychedelia of ‘…And I Tried So Hard’; ‘I Beat As I Sleep As I Dream’ reprises the existential synthesizer drift of the 2014 T.T.W.F.U. track ‘Up To The Skies’, before one of the most famous Spanish Republican standards, ‘Ay Carmela’, gets a vivid new interpretation, with anxiously finger-picked guitar, bowed cello and ship-bell percussion reverbed into infinity.

Anyone who holds a candle for Deux Filles, Global Communication, lunar Arthur Russell, Penguin Cafe Orchestra, Manuel Goettsching, Anthony Moore, B12, Joanna Brouk, even Robert Wyatt circa Old Rottenhat/Nothing Can Stop Us, will find much to enjoy among the cosmic pastorals and politically exasperated techno-exotica of Wreck His Days. Whatever the provenance of the project, T.T.R.W.U. has created a timely and powerfully persuasive album that doesn’t presume to offer solutions to our wider malaise, but points us in the right direction, where to take the fight…Upwards.